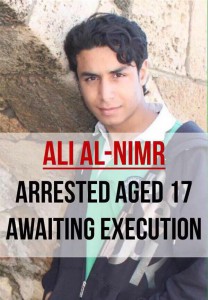 The medieval-style regime in Saudi Arabia continues to disregard human rights in the most terrifying ways.

The past year the world have learned about the Saudi blogger Raif Badawi, sentenced to ten years in prison and 1,000 lashes for writing critical texts about the religions hold on Saudi society. This has lead to an outcry of anger, distress and frustration around the world.

As if that isn’t horrific and appalling enough, the Saudis now have sentenced another young man — Ali Mohammed al-Nimr — to death, to be beheaded and crucified on politically motivated grounds. World.mic reports…

In 2012, Ali Mohammed al-Nimr, then 17, was arrested in the country’s Qatif province on reportedly shaky charges of illegal protesting and gun possession, the International Business Times reported Wednesday. There was never any evidence to support the guns charge.

After being arrested, al-Nimr was held in jail and not allowed to speak to a lawyer. According to the British legal aid group Reprieve, al-Nimr was subject to torture to extract a forced confession. A closed appeals process — which he was not invited to and occurred without his knowledge — dismissed any remaining possibility that the nation’s legal system would prevent his biblical execution.

“No one should have to go through the ordeal Ali has suffered — torture, forced ‘confession’ and an unfair, secret trial process, resulting in a sentence of death by ‘crucifixion,'” Maya Foa, director of Reprieve, said in a statement.

Al-Nimr was reportedly targeted because his uncle, Sheikh Nimr al-Nimr, is a noted critic of the kingdom…

This is nightmarish. Trumped up charges, no rule of law, no respect for human rights or human life. The Saudis are murderous bastards.

It might be a bit cynic, but I hope this case will be an Aylan Kurdi moment for the world. Here we have a good looking and seemingly likeable young man going to be murdered in the most barbaric way by a totalitarian regime.

This might, and should, send chock waves of outrage around the world!

Yes, looks matter. One might think what one likes about that, but that is the way it is. So let’s use the puppy trick — Al-Nimirs sympathetic appearance — to outrage the world and to shame the Saudi regime. It might stop his execution. It might increase the pressure on Saudi Arabia on human rights issues. It might lead to the Saudis halting their killing spree, as the rest of the world won’t have it anymore (and the Saudis are dependent of the rest of the world). And it might save many others, not blessed with a winning look and global media attention.

(BTW: Did I mention that Saudi Arabia will be elected chair of UN Human Rights Council Panel?) 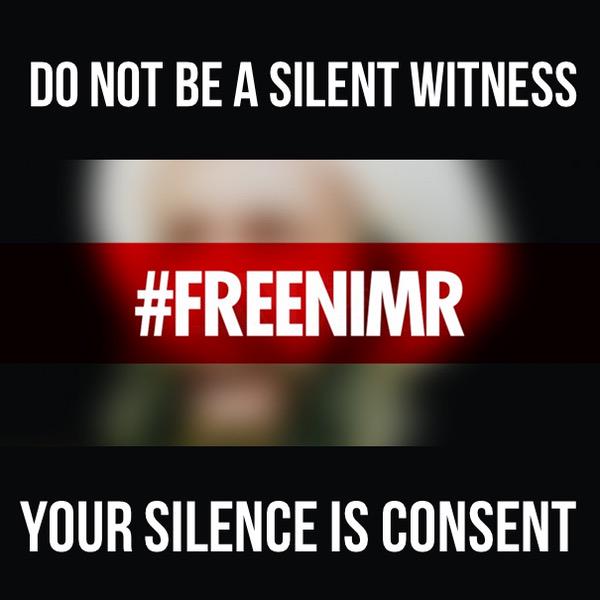