This Thursday, the European Parliament took yet another stand against mass surveillance. The short version is that the parliament is frustrated that the European Commission and member states seem to ignore the issue and earlier resolutions.

Too little has been done to safeguard citizens’ fundamental rights following revelations of electronic mass surveillance, say MEPs in a resolution voted on Thursday.

As national security is not within EU competence, all the EP can do is to is to focus on human / civil rights and data protection. Even that ought to go a long way. But it doesn’t — as the system is organised in a way that makes it possible for other institutions to totally disregard the stance of the only clearly democratic elected body in the EU.

The best you can hope for is that these EP resolutions will strengthen the European Court of Justices determination to uphold human rights. (As when it invalidated the EU data retention directive.)

And before giving too much praise to the EP, one should keep in mind that Thursdays resolution was approved by 342 votes to 274, with 29 abstentions. The surveillance-industrial complex still has a lot of friends in the European Parliament.

But despite being a toothless resolution that no one will care about — it’s rather OK in most parts.

There has been a long-lasting battle over net neutrality in the European Union. Worries are that Big Telecom will throttle traffic and hold e.g. startups hostage — in order to press them for money, in exchange for giving them access to what can be described as regular Internet services.

All the big telecoms operators replied that they would never do that. So, the EU went along with some seemingly reasonable exceptions in the framework…

The EC has been couching these as “services like IPTV, high-definition videoconferencing or healthcare services like telesurgery” — which it says use the Internet protocol and the same access network but “require a significant improvement in quality or the possibility to guarantee some technical requirements to their end-users”.

This legal framework passed the European Parliament just the other day.

Writing in a blog post yesterday DT CEO Timotheus Höttges suggests the carrier is preparing to use the provision of specialized services to charge startups for “guaranteed good transmission quality” — arguing this will offer them a way to compete with better resourced rivals, such as large tech platforms like Google.

For smaller companies and startups to have the same access to the Intenet as today (and as Big Business) they would only have to “pay a couple of percent for this in the form of revenue-sharing”.

Naturally one can argue that carriers can do whatever they want with their net. But with the Internet being a global common infrastructure everything is interconnected and rather complicated.

If big ISP:s starts to throttle and compartmentalize their parts of the network — it will be the end of a free and open Internet as we know it.

And it will be the end of an era of free enterprise for all on a level playing field Internet.

I really hoped that the big carriers would have a reasonable approach to the new EU rules — and only apply exceptions the way they were meant to be applied. But, sadly, the opposite did happen.

I’m all pro free markets. But today, I’m very disappointed with Deutsche Telecom and those carriers who will, no doubt, follow in their steps as this door has now been opened.

For the European Commission and the European Parliament, they just have to realize that they have been royally screwed by the telecoms lobby. However, the EU member states in the Council must be very pleased. They have always represented the interest of their old, ex-monopoly, formerly state-owned telecoms giants.

Thursday was in some aspects a good day in the European Parliament.

In a resolution on mass surveillance (I’ll get back to that one when we have the final, consolidated text) the EP voted on the Edward Snowden case. (Link»)

By 285 votes to 281, MEPs decided to call on EU member states to “drop any criminal charges against Edward Snowden, grant him protection and consequently prevent extradition or rendition by third parties, in recognition of his status as whistle-blower and international human rights defender”.

A very slim victory, but still a victory.

However, most EU member states refuse to give Snowden asylum or other forms of protection. It has been said that they cannot deviate from normal asylum routines (including that the asylum seeker would have to show up in an EU country to have his case examined). But one should keep in mind that most EU states have granted human rights activists and dissidents protection on purely political grounds outside the ordinary asylum process.

So, it’s purely about political will.

Badawi has been put in prison for ten years and is also sentenced to 1,000 lashes for having “insulted” the Saudi political system and the religion.

“This man, who is an extremely good man, an exemplary man, has had imposed on him one of the most gruesome penalties,” Mr Schulz told a packed European Parliament assembly in Strasbourg, France.

This is a strong political signal, even though it might not really interfere in any substantial way when it comes to relations between the EU and Saudi Arabia. (Unless the Saudis goes bananas, as they have done when being criticised about the Badawi case on earlier occasions.)

Mass surveillance raises not only questions about privacy, Big Brotherism in general and the surveillance state as such. It is also a matter of democracy.

Proponents of mass surveillance often argue that there is a collective interest that eclipse private individuals right to privacy (which, by the way, is a fundamental human right).

They argue that mass surveillance is necessary to guarantee all citizens security. They say that we must balance the need for security against our fundamental rights. (But the very reason some rights are considered to be fundamental is that they should never be limited or violated, no matter what.) And the nomenklatura suggests that all that they do is done for your benefit and security.

But as we have learned, care for private citizens are not the real concern for NSA, GCHQ & Co. The purpose of mass surveillance is to protect the state — politicians, bureaucrats, special interests and the system. Everything else is just window dressing.

One should recognize that society is not our political leaders and their functionaries. Society is a large number of private individuals, who are unique and free citizens. Not a faceless mass of subordinates.

Mass surveillance is an indication that the ruling classes considers themselves — not the people — to be the core of democracy. That is a perversion of the word democracy. True public interest must focus on respecting all citizens and their fundamental rights.

In a democratic society, you only apply surveillance against people who are suspected for serious crime — not the general public. In a decent society, you trust people until there is substantial reason to do otherwise.

Simply, you cannot defend a free and open democratic society by violating the people’s fundamental civil and human rights.

Then we have this one…

“In August 2015, the European Commission confirmed to EDRi that it’s preparing to partner with US online companies to set up an ‘EU Internet Forum’ which apparently includes discussing the monitoring and censorship of communications in Europe. Participants of this Forum include Facebook, Google/YouTube, Ask.fm, Microsoft and Twitter. The first meeting was held on 24 July 2015 and focused on ‘reducing accessibility to terrorist content’.”

Read more at EDRi: EU Commission: IT companies to fix “terrorist use of the Internet” »

0
By HAX on October 25, 2015 in Copyright, Intellectual Property

0
By HAX on October 25, 2015 in Anonymous, Big Brother, Democracy, Hacktivism

This is interesting. In strong language, Anonymous Asia declares war against the military Thai government. Carefully avoiding to mention the Royals.

So what brings Anonymous back to life?

Government of the Kingdom of Thailand, it has come to our attention that you have decided to disregard your citizens, the people of this country, and have persisted to project an unique Gateway to the Internet, in running a system which only benefits yourselves and the giant corporate bodies operating.

Internet mass surveillance, in other words. Leading to…

The latest project of the Thai military government is to deploy a single gateway in order to control, intercept and arrest any persons not willing to follow the Junta orders and your so called moral.

And it gets personal…

We will not only fight against the single gateway project but will expose your incompetence to the world, where depravity and personal interests prevail.

Copy to kill for.

So what is all this? Let’s pick an online article, of many: Big Brother is watching Thailand »

Apparently it is not just about censorship any longer, but total mass surveillance. Including HTTPS.

The words ending the Anonymous Asia message are strong and brave, for addressing a military junta…

Together we stand against the injustice of your Government, tomorrow you will pay the price of your oppression against your own people.
You can arrest us, but you can’t arrest an idea.

Thailand is now on our radar.

Once again, an NSA wiretapping capability has been discovered – or made credible, in any case – that highlights the completely incompatible two faces of the U.S. National Security Agency. It turns out that the NSA has (likely) been able to wiretap a lot of encrypted traffic on the net, because of bad cryptographic implementations combined with hundreds-of-millions-dollars-worth of cracking precalculations from the NSA. Once again, this shows that the NSA cannot protect citizens from the government and protect the government from citizens at the same time.

Rick Falkvinge: Once Again, All Together Now: You Can’t Have An Agency Responsible For Citizen Security And For Government Security At The Same Time » 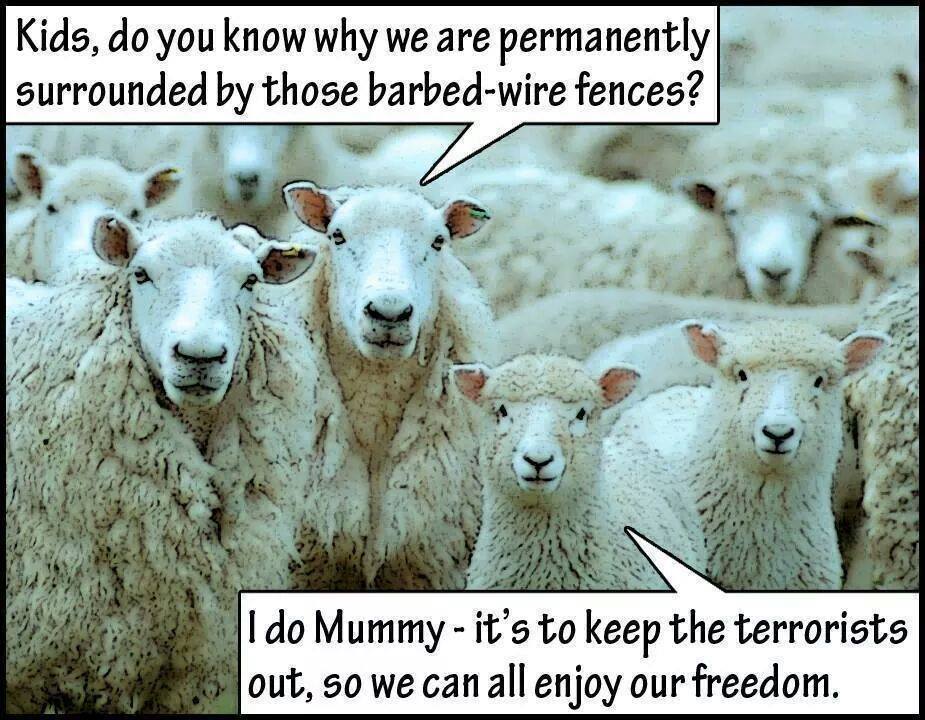