In many ways, Germany seems to be an OK country. At a glance.

The Germans have learned their lessons, after Nazi and Communist rule. They have a reasonably functional Constitutional Court and a reasonably decent constitution. The German parliament, Die Bundestag, is the only European national parliament looking into the Snowden files in a serious way. And German politicians will not accept having other countries spying on them, not even the US.

But, does it matter?

This is the German Federal Intelligence headquarters, the Bundesnachrictendienst (BND). 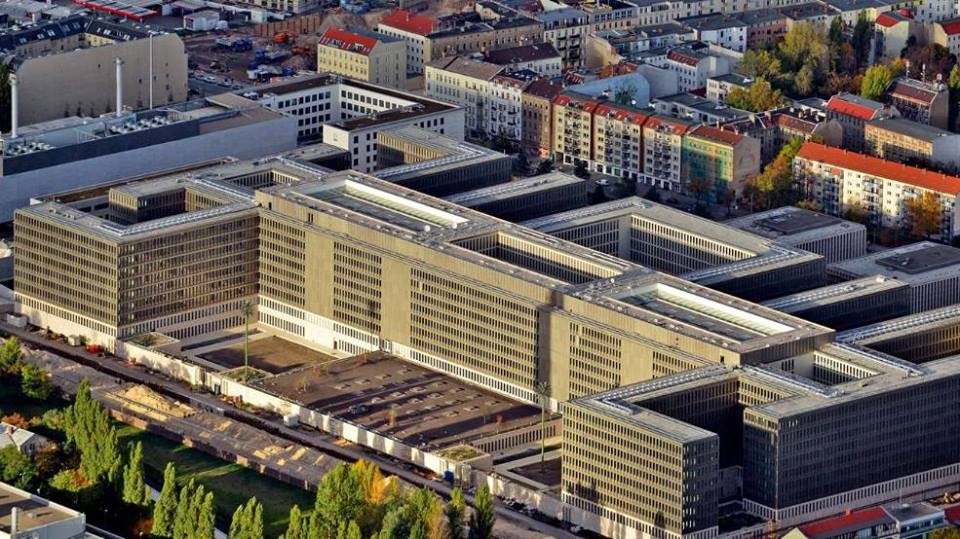 Somehow, it reminds me of the ad tag line for that German chocolate Ritter: Kvadratisch. Practich. Gut.

Today Der Spiegel reported that the BND has targeted politicians in friendly European nations and inside Germany for surveillance on behalf of the US National Security Agency (NSA). TheLocal.de reports, in English…

Die Zeit reported that the NSA asked for a total of 800,000 people to be targeted for surveillance.

This underlines a universal problem. What good are laws, constitutions, enquiries, democratic oversight and politicians who care for real – if the intelligence community does whatever it wants, without asking for permission or telling anyone?

But the true extent of the scandal wasn’t revealed until the Bundestag’s (German parliament) NSA Inquiry Committee submitted a request for evidence to the BND. (…)

Chancellor Angela Merkel’s office, to which the BND is directly responsible, was not informed about the spying on friendly targets until after that parliamentary question was asked, in March 2015.

The intelligence services simply doesn’t give a fuck. They do whatever they want. And no matter what is going on in politics – they keep their close bonds with their Mothership, the US intelligence community.

Some might argue that we (the western world) must stick together in these matters. Maybe. Maybe not. But if we should, we ought to be open with it.

And all those intelligence agencies must be under some sort of democratic control. I understand the need for a certain level of secrecy. But, in the end, they are tools for the benefit of our democratic societies. Not the other way around.

Henrik “HAX” Alexandersson is a Swedish writer, thinker and political evangelist. Between 2009 and 2014 he worked in the European Parliament for the Swedish Pirate Party.
View all posts by HAX →

Sony & MPAA to use trade agreements to stop copyright reform
PayPal joins the Dark Side?