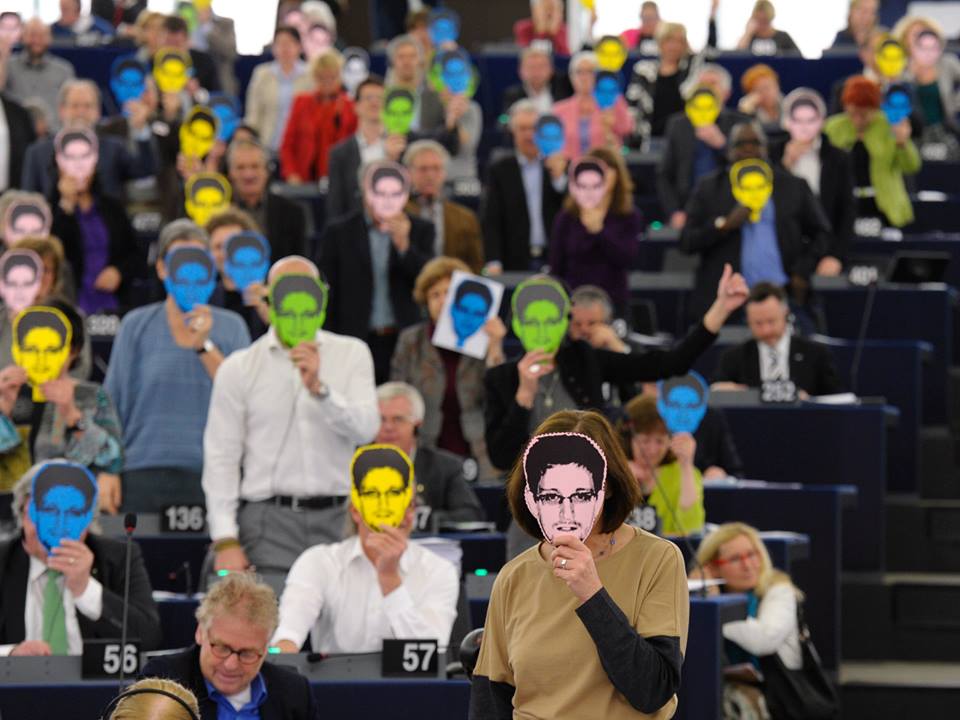 Pirate and green MEP:s in an action for Snowden in the European Parliament

Time is running out.

NSA-whistleblower Edward Snowden’s resident permit in Russia is limited to one year. Even if Putin would extend it, it would be a good thing to get Snowden out of Russia.

It is outrageous that western democracies refuse Snowden refuge. Doing so, our governments are to blame for him being stuck in Russia.

It is remarkable that countries who have been violated by US mass surveillance still side with the US in this matter.

It is a case for concern that western democracies lack the righteousness to grant one of the most important whistleblowers in history a place of safety.

Now is the moment for internet-, privacy- and civil rights activists to get this affair into the political agenda. Let’s make this a defining moment, where our political leaders will have to make a public stand about Snowden. Let’s find out which politicians are decent and which are not.

Henrik “HAX” Alexandersson is a Swedish writer, thinker and political evangelist. Between 2009 and 2014 he worked in the European Parliament for the Swedish Pirate Party.
View all posts by HAX →
How to kill free information and privacy by stealth
Ex-NSA boss to head cyber command for US banks

One Response to Sanctuary for Snowden!